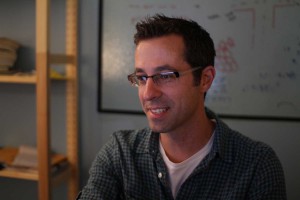 Eric Gordon is a fellow at the Berkman Center for Internet and Society at Harvard University where he studies mediated civic engagement, location-based media, and serious games. He is also an associate professor in the department of Visual and Media Arts at Emerson College where he is the founding director of the Engagement Game Lab, which focuses on the design and research of digital games and playful systems that foster civic engagement. In addition to numerous articles and chapters, he is the author of two books: Net Locality: Why Location Matters in a Networked World (2011, with Adriana de Souza e Silva) and The Urban Spectator: American Concept Cities From Kodak to Google (2010). He received his Ph.D. in 2003 from the School of Cinematic Arts at the University of Southern California.